FRUTTAMED is extracted from dried bio mass of “Morinda Citrifolia”, a fruit extensively researched world wide for having broad spectrum of therapeutic effects much higher than any other fruit in the world and is not palatable to be eaten as delicacy.

Morinda Citrifolia was used by armies during wars to enhance stamina and vitality/endurance.

There are Dozens of scientific studies that have been published on the therapeutic benefits of Morinda Citrifolia especially with regard to it’s Stamina building and Vitality improving effects, Anti Cancer /Anti Tumour and Analgesic Effects.

When protein combines with Xeronine, the combination becomes a powerful tool that produces energy and sends chemical signals between cells for proper healthy cell growth and maintainance.

FRUTTAMED-Mechanism of Action – Morinda Citrofolia fruit contains a compound known as proxeronine. When consumed proxeronine combines with an enzyme called proxeroninase in the intestines and the result is Xeronine.

Conventional diets are not a reliable source of proxeronine. It has become less and less available due to depleted soils, chemical fertilizers and changes in diet and cooking processes.

The Xeronine system is very complex. If one small part of the system is missed then nothing works.

An inadequate supply of xeronine in the body means that illness is prolonged and injuries are slower to heal. As a result a good source of supplemental proxeronine is needed. Scientist Dr. Ralph Heinicke pioneered the study of proxeronine and has discovered the only method available today to test for proxeronine.

Dr. Ralph Heinicke, a renowned researcher and biochemist, states that the fruit Morinda Citrifolia contains a natural precursor for Xeronine that he named as Proxeroninewhich is converted to the alkaloid Xeronine, through an enzyme in the body known as proxeroninase.

The Clinical trials done were based on the hypothesis that Xeronine is able to modify or change the molecular structure of proteins. Thus Xeronine has a wide range of therapeutic applications. When a protein such as and enzyme, receptor, or signal transducer is not in the appropriate conformation, it will not work properly. 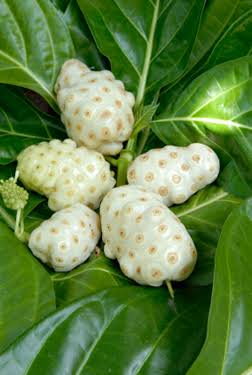 Xeronine will then interact with the protein and make it fold into it’s proper conformation. The result is a properly functioning protein. Whenever a problem arises in the cell due to a protein structure problem, Xeronine’s presence will ensure re conformation. This hypothesis explains why MORINDA CITRIFOLIA HELPS TO CURE SO MANY MEDICAL CONDITIONS AND DISEASES.

Dr. Ralph Heinicke has obtained several patents for Xeronine. He says that the active ingredient in many of the pharmacologically active enzymes and in many of the effective folklore drugs is Xeronine. This Alkaloid is a critical normal metabolic coregulator.

When And Who Should Have Fruttamed