In the words of  Aldous Huxley, “The knowledge that every ambition is doomed to frustration at the hands of a skeleton have never prevented the majority of human beings from behaving as though death were no more than an unfounded rumour.”

While many search for the proverbial mountain of youth, the mass quest has been hovering around the question why do we age at all ? What is it in our bodies in the shape of continual chemical processes or biological protocols that causes us to grow old. There are a plethora of internal and external factors such as diet, exercise or environmental stress and they all contribute to cell damage and affect the rate of ageing, but the truth is that we have a biological clock buried deep within our genetic make up. This clock can only run for so long, in other words we are programmed to die.

Our bodies are made up of trillions of cells, countless perhaps, which are constantly dividing and each time it happens the cells make a copy of their DNA as well or replicate themselves. This DNA is tightly packed into structures called chromosomes. Characteristics and genetics passed on down the generations or racks of sets of chromosomes is dependent on these structures. Humans have 23 pairs of chromosomes. While the DNA replication isn’t quite perfect it skips over the end of each chromosome or at ends is a kind of incomplete process. To protect against important DNA information from being cut out due to this incompletion or imperfection of the process of replication, chromosomes are equipped with “telomeres” on their ends which are essentially meaningless repeat of DNA, something similar to temp files being created while working on a system which  we can afford to loose.  However, each time these cells divide and replicate, these “telomeres” become shorter and shorter until eventually they are entirely stripped away at which point the cell ceases to divide further and eventually dies. In the absence of this shortening of telomeres life could have been eternal and never ending.

Some organisms such as flatworms have the capability of regenerating unlimited telomeres hinting capability to be actually immortal, however disease, infection and environment equals them out with the rest of us. This suggests that aging is related to biological and environment factors. Why don’t our cells replicate telomeres. Ultimately this replication limit actually helps to prevent diseases such as cancer, which is the uncontrollable growth of cells and evasion of cell death.

The point at which a cell stops replicating is known as cellular “senescence.” The causes of senescence and possibilities of delaying or avoiding altogether is the basic tenets of all researches world over.

Human cells can replicate approx 50 times in their lifespan and once it is reached the cell gradually begins to loose it’s function and die, displaying age related characteristics. This also helps to explain why life expectancy is a trait which is inherited down generations through genes, since parents and generations further gave us the length of our telomere and the traits of a timeframe as well in which the entire cycle of a chromosome or cell or telomeres would be run.

Gerontology emerged as a science in late 19th century and seeks towards attaining answers and extensions. Technological innovations have increased life expectancy as better sanitation, clean water, effective prescriptive drugs availability and better medical and health services have all contributed to increasing life expectancy worldwide. However still we are able to see a global inequality in terms of infant or at birth mortality rate which is a cause of worry still, both in developing and done with nations.

Ageing has been studied and gazed upon by all cultures and civilizations. Immortality has been longed for by all generations and compared to salvation or moksha. Ranging from Indian mythology to Chinese folklore, mentions of immortality are rampant across times prestine, There are abundant  chinese medicine which stake high claim on ageing slowing medications and potions for enhancing longevity. In the West ageing has been approached through evaluations done scientifically as exhibited in the studies and works of eminent authors and researchers. One such study by Christopher Hufeland, a German physicist, refers to “protocol for life style and diet to increase life expectancy.”

As the population of the modern world entered old age and experienced degenerative old age related diseases, demand for anti-ageing options increased and the anti ageing industry grew in leaps and bounds with it’s cart of offerings. The growth happened similar to alternate medicine, where the segment has thrived on using scientific principles and fundamental theories symbolically and in an ambiguous, opportunistic way, to present their case and at the same time lay no claims on proven experiments which authenticate their claim. In the garb of rationale reasoning that science offers and yet maintaining distance from clarity, these products continue to grow  and the segment world wide has contributed each year to the GDP. Whatever may be the case the population needs a remedy.

Government released articles make profound mention of anti ageing products and the industry and state the anti-ageing consumer industry to be a sizeable one, full of all types of products at all price levels catering to all segments, such as yoghurt based potions, enema regimens, cell injections, magnetic devices, skin creams, herbal elixirs, glandular extracts, hormonal therapies, vitamin supplements, fad diets and exercise programmes. These products offer anti-oxidants to neutralize oxygen-free radicals; chelators to bind heavy metal ions such as copper and iron; dehydroepiandrosterone to rejuvenate the immune system, improve brain function and relieve stress; growth hormone to increase muscle mass and function; retinoic acid to decrease skin wrinkling, and many more. The grandeur of promises being made have been strongly objected of late by the scientific community due to the lack of experimental and clinical data to support effectiveness of the drugs and especially their high side effects.

Karin Knorr Cetina (page S76 )  cite the issue of consumer exploitation on anti ageing as a segment shrouded with an aura of science. “The use of human frailty for commercial exploitation is also singled out as a deplorable characteristic of the present-day anti-ageing medicines and market” as quoted from works tabled by McConnel & Turner.

Compressed Morbidity aims at preventing old age related disease, a paradigm relating to intervention in ageing processes at the molecular level to slow the process down. This desire or thought relates thus to life span increase. It is also the most fundamental or conventional one.

Decelerated ageing aims to slow down all fundamental cellular processes of the human body so as to raise the average life span and life expectancy levels overall.

Arrested ageing the most ambitious of all seeks to cure ageing by separating and doing away with all the remnants of damage caused by metabolic processes so as to be able to constantly maintain the vitality and bodily functions.

While the US and France have planned studies on ageing and further research on compressed morbidity approach, basic science has already established that life is a form of metabolism and has its own set of causes and effects, waste effects, lay byes.

These waste products accumulate to degenerate the form physiologically and biologically, slowly weaken and then die. These changes are the main course of research by modern life scientists with focus on how to control the damage caused by these side effects of life that cause ageing.

Mauron, Bruce, McConnel & Turner, in their study on anti aging make an observation on the intended life extension seeking projects that their consequence would result in “ life of the poor remaining ‘short and brutish’, while the rich could look forward to an extended enjoyment of their privileges.”

Authors such as Halldor Stefansson have argued that, contrary to the wear and tear of inanimate objects, aging in higher organisms is not primarily the result of damage to irreplaceable body parts. Certainly, molecules and cells can suffer from damage akin to wear and tear. Complex biological systems are dynamic and have the ability to repair and regenerate their damaged components. Even for components that cannot be replaced, like mammalian teeth, their degeneration can be seen not just as mechanical senescence but as limitations of the genetic program. There are differences in interpretation of aging changes which influence the way different researchers interpret the essence of aging; as discussed elsewhere, some authors see aging as genetic in nature while others see it as a build-up of damage counteracted by genetically-regulated mechanisms. Nonetheless, it is clear now that aging has a strong genetic component and it is not merely wear and tear.

At present, it appears that the only way of significantly extending human lifespan is with

Caloric restriction. However, there are a number of factors, which seemingly can improve

lifespan. Since ancient times, humans have been concerned with developing and preserving youthful

vigor, stopping the running age clock, and extending lifespan. Today there is a great progress in

understanding the aging process in attempt to delay it. Harmone replacement therapy (HRT) has emerged as the new science and therapy for many disease preventions including ageing. The therapy entails using

melatonin, growth hormone, and progesterone to control or regulate harmone levels in the body which further impact the risk of diseases such as cardiac,cancer,process of ageing etc. Many of the benefits of using these hormones are equivocal thus far, but we are seeing an increasing number of studies which, at least, recommend these hormones as viable therapies to slow down the aging process, to stop the development of agerelated diseases, and to stay vital and fit in the second half of life.

In the Indian context life extensions have been claimed by many gurus and yogis who underwent rigourous penance and meditation and attained a higher form of existence with slowed metabolism and control over aging. These ascetics were known to eat or drink almost neglible and even control their breathing to slow down the demands of the body and impact longevity. The concept although stemming out of spiritual realms has it’s roots embedded in the very scientific principle of slowing down the metabolic rate of the body thereby preserving the telomeres from getting stripped faster.

By adopting a more practical and do able approach to extension of life spans, meditational practices, organic eating without a coat of insecticide sprays, abstinence from life shortening vices such as smoking and drinking and leading a simple stress free existence, we have a better chance of surviving longer and see the sun shine on our eightees and ninetees and on our progeny too.

The quest for immortality however shall continue within our curious minds as we remain unquenched. As King Crimson says it “ confusion will be my epitaph, as I crawl, cracked and broken.”

As the great rock kings The Rolling Stones sum it all up aptly in their song “ Time waits for no one and it won’t wait for me.” 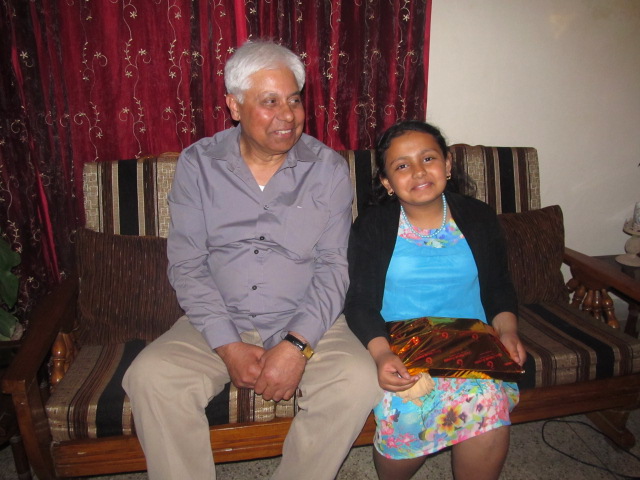 1 thought on “Science of Ageing”